If you need to find and hire a children's magician and you want to be certain that the children will have an amazing, unforgetable time then there is no need to look any further. Aedryan has presented children’s magic shows for some of the most prestigious and well known children’s organizations in the world, including The Shriner’s Hospital For Children, The Boys And Girls Club Of America, Boy Scouts Of America and the YMCA to name just a few. Aedryan’s children’s magic shows create memories that will last a lifetime and they are highly entertaining for both young and old alike. Out of the many different magic shows Aedryan has available, his children's magic shows offer the widest range of options and flexibility. This is because there are so many different venues, performance environments and age groups. All of which, Aedryan can accomodate. So, whether it's a children's birthday party magic show in a living room for 10 children or in a high school auditorium for 500 teenagers or anything in between, Aedryan will provide a children's magic show that is perfect for your event.


Children's magician Aedryan Methyus' masterful choreography, scripting and presentational skills are combined with many rare and never before seen children's magic pieces that are simply not performed by other children's magicians for hire. If you are seeking only the finest magical enchantment available for your children's event, Aedryan's must see, one of a kind children's magic shows are GUARANTEED “Wow Factor” that will leave the children, spellbound, captivated and on the edge of their seats with mystery and wonder and create magical memories, which will last a lifetime! 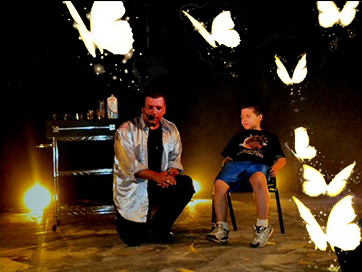 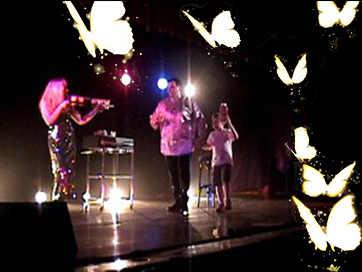 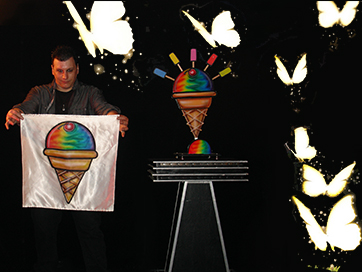 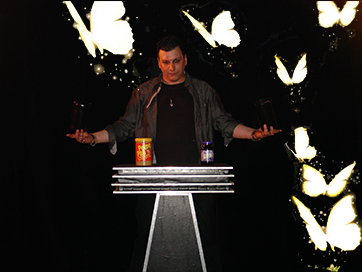 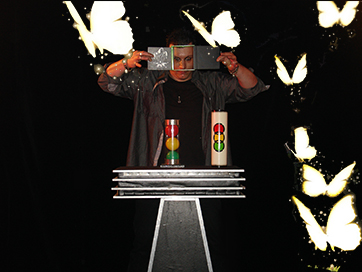 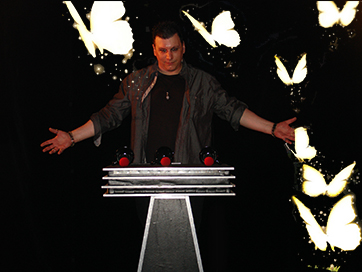 
* Though, this children's magic show performance is very much enjoyable for all ages, it is geared more specifically for ages 4 - 12 in it's purest form. As with all of Aedryan's performances, it can be custom tailored to accomodate any age group.


* If you would like Aedryan to create an ambient theatrical stage setting to set the mood for this magical performance, lighting, backdrops with side-wings, fog and bubble machine are also available.

Compare Before You Hire A Children's
Magician Or Entertainer!