Uncovering Secrecy Within Magic (by Accident or Design)


~ Modern adaptation of the original magician’s code by Charlatates 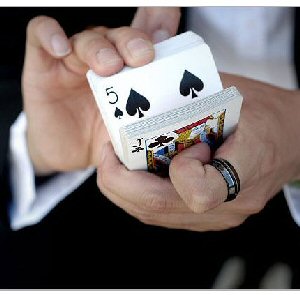 Do you think all illusionists should adhere to this policy? When unknown secrets of magic are revealed, many magicians feel the exposure ruins the mystical experience for their audience. Would you like to see a show in which you could predict the plot? Yet, some feel such revelations better enable young aspiring magicians to learn magic tricks using varied methods.

The “Masked Magician,” Val Valentino, in the Fox series “Breaking the Magician’s Code” (1997) took no issue with divulging numerous magic secrets. As a direct result, he was ostracized by the magic community. Penn & Teller have been illusionists and entertainers since the 1970’s. Their performances also receive much scrutiny for their consistent disregard of the magician’s code. However, Penn Jillette argues that they often reveal the mechanics of illusions so quickly their audience cannot follow and repeat tricks even after such disclosures. Illusionists finding no issue with leaking magical mystique may consider admissions of prior secrets a means to force innovation and creativity upon the magic community.

The Society Of American Magicians (S.A.M.) is strongly opposed to eliminating the elements of surprise. Their thinking implores such oversimplification cheapens the art. Although it cannot be legally enforced, they believe this is a direct violation of the intellectual property rights of the originator of the hoax. In July, 1926, Houdini was elected President of S.A.M. for the ninth successive time. Houdini first gathered attention as "Harry Handcuff Houdini" on a tour of Europe, where he would theatrically challenge multiple police forces to keep him locked up in which, they weren’t successful. Those opposing the reveal of magical secrets notate how criminals may misuse magic to evade capture.

As you can see, there is a continuous, multifaceted debate regarding this notion. Should we truly know the secrets of our favorite illusionist(s)? Does this ultimately ruin the magical experience? Is there more harm done in such revelations than good? Is this an essential means to educate up and coming magicians? The final decision on which side to take is yours alone.

My final decision is that each eye-opener truly thrives upon the illusionist’s style. For those who rely on their secrets to support magic tricks, divulging can ruin their act. While devout magicians may never want to expose themselves this way, they also know how to flip numerous situations with ample artistic flare. A small amount of debonair charm may captivate our minds so much so that we become further distracted and discount the significance of any minor mistake. Or, were they actually mistakes? After all, in society, we do often feel the need to be shown “how it’s done” from someone!

poynter
Thank you for this wonderful blog. I seen this first time in this blog. It is really interesting. Keep sharing such new information.