Aedryan Methyus is an artist and a visionary in every aspect of his interesting and “not so usual” life. Aside from being a master of magic and illusion, the multi-talented Aedryan Methyus is also a skillful musician/songwriter of 32 years. He has been playing guitar since the age of 12 and began playing in bands around 1989. During his breaks from being on the road performing magic, Aedryan enjoys writing, recording and producing music in his home recording studio. He records all of his own guitar, bass, drum and keyboard tracks. And, he sings as well. As if life as a professional entertainer isn’t already interesting enough for Aedryan, he is also the founder of the Strange Happenings Ghost And Hauntings Research Society and has investigated and documented many allegedly haunted locations throughout the eastcoast. Aedryan is also the owner of Sinister Serpents Exotics - an exotic snake breeding facility and online reptile and pet supply store.

Having been honing his skills in the art of magic since the age of seven, while studying and learning from some of the greatest names in modern magic, Aedryan found himself engulfed in the magical arts, as his love and passion of the theatre began to consume him. Applying his studies of acting, showmanship and choreography to his approach in magic, Aedryan found that all of these elements granted him the creative freedom to truly bring his inner–most thoughts and creative expressions to life. Today, Aedryan spends a great deal of his life on the road, sharing his magical visions with the world, but he still somehow manages to spend his fair share of time in seclusion, orchestrating new and innovative ways of accomplishing the impossible. Whether he is devising new and deceptive ways of bringing his magic to life onstage, writing blistering musical arrangements and passages or exploring new ways of bringing forth messages from what Aedryan refers to as, the “living impaired”.

Aedryan has performed magic on eight television networks, appearing on such shows as “Stars Of Tomorrow”, “Legends Of Cleveland” and “The Gene Carol Show”. He has also been featured on numerous radio talk shows, as well as in newspaper articles and other publications for his work in the magical arts and paranormal research. Aedryan has performed in well-known comedy clubs, such as Jr’s Last Laugh and Hilarities Comedy Club, as well as in major hotels, resorts and casinos worldwide. He has worked performed for some of the largest and most prestigious corporatioons and organizations in the world, such as Coca Cola, Chrysler/Plymoth Corporation, Capital One, Frito Lay, State Farm, Edgar Schneider & Associates, Time Warner Broadcasting, Shriners Hospital For Children, the American Red Cross and the Leukemia & Lymphoma Society to name just a few. He has also performed at major universities throughout the United States, such as Penn State University, the University Of Oklahoma and Miami University. Aedryan served a two year term as Sergeant Of Arms in his International Brotherhood Of Magicians ring then went on to become elected as Vice President, in which he served a one year term before resigning in 2000.

Whether Aedryan is performing close – up magic in a restaurant, cabaret/parlor magic in a corporate setting or showcasing MEGA illusions in the largest of theatres, Aedryan strives to bring fresh and new mystery and wonder to his audiences and to the ancient art of magic. Aedryan takes great pride in his versatility, as he offers a wide array of different show types for his clients to select from. His show packages range from children’s and family magic shows to his risqué adult comedy magic act for those wild and crazy party crowds, all the way up to his meticulously themed, signature performances – “Forbidden Magick” and it’s big sister, MEGA illusion show – “Strange Happenings”. Both of which, Aedryan has deemed “theatrical masterpieces”. A great deal of the magic and illusions presented during his performances were conceived, designed and even built by Aedryan himself and have never before been performed by any other magician. He has also breathed brand new life into many classic audience favorites, which were originated by some of magic’s greats, such as Harry Houdini, David Copperfield, Lance Burton and many others, through redesigning and incorporating his own new and deceptive methods and unique presentations. 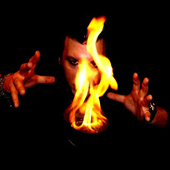 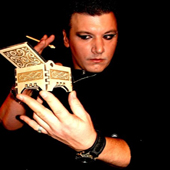 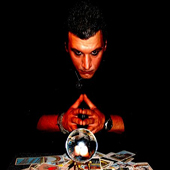 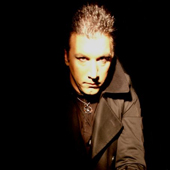 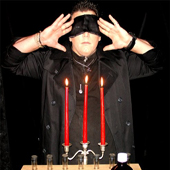 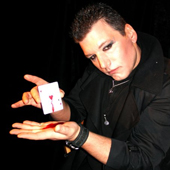 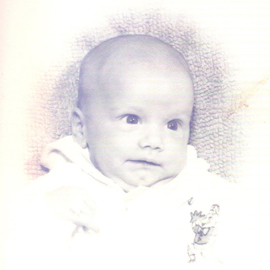 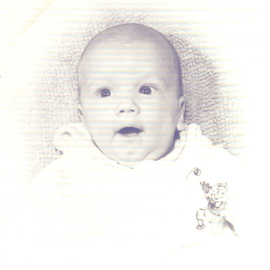 Aedryan is also the owner of Sinister Serpents Exotics - An exotic snake breeding facility, which offers overnight shipping to any place in the United States. Sinister Serpents Exotics is the home and breeding ground for over 7 different species of Pythons, Boa Constrictors and hybrids. Aedryan is the father of two beautiful and talented daughters, whom he loves and adores. Both of his daughters have worked in his shows from time to time since very young ages, whether onstage or backstage and both have also recorded music with Aedryan as well. For recreation, Aedryan enjoys shooting pool, hosting karaoke nights from dusk 'til dawn at his house with his daughters and a few friends, playing video games, watching horror and comedy movies and watching other magicians, standup comedians and other entertainers perform. No matter what Aedryan is doing his mind is never far away from the magical arts!